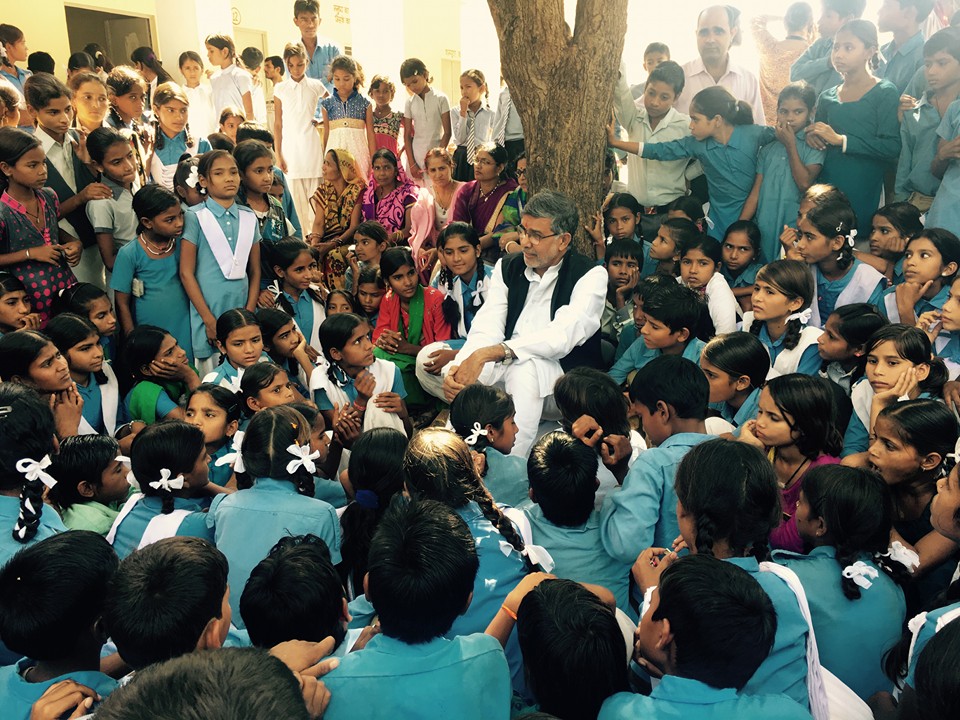 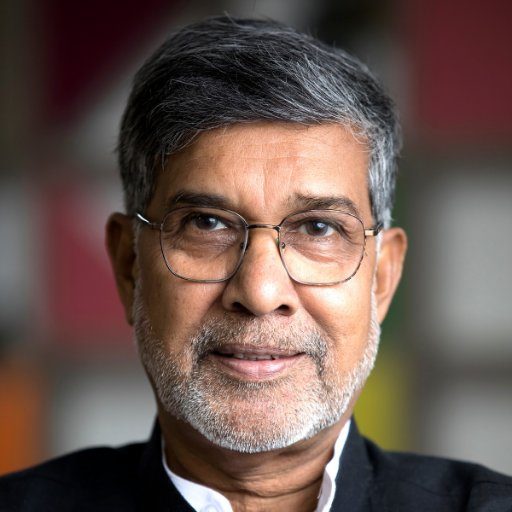 Why we felt he needed to be included in this list: Kailash Satyarthi is a human rights activist and Nobel Peace Prize recipient. He has founded numerous organizations including the Kailash Satyarthi Children’s Foundation in order to combat child labour and slavery.

Satyarthi was born to a Brahman police officer and a homemaker in Vidisha, Madhya Pradesh in 1954. Even as a child, he wanted to help others and as a young boy, he formed a football club to raise money to help pay the school fees of underprivileged students.

On his first day of school, Satyarthi saw a child his age working as a shoeshine boy instead of going to school and it disturbed him so much he asked the boy’s father, a cobbler, why he didn’t send him to school. The boy’s father said: “You’re born to go to school, and we’re born to work.” Saryarthi started crying. He didn’t yet know anything about the caste system and the hierarchies and the discrimination associated with it, but he started looking at the world with different eyes and began questioning it.

At 11, he created a book bank for poor children who couldn’t afford an education. His first mission was when he, and his friends, freed a 14-year-old girl who had been abducted and was about to be sold to a brothel.

I know that once we free children from slavery and child marriages, we see a ripple effect. Education brings empowerment, dignity and identity to the most deprived and marginalized people, particularly children and girls. Once they are educated about their rights, and acquire reading and writing skills, they gain tremendous self-confidence.

As someone who looked up to Mahatma Gandhi, Satyarthi gave up his career as an electrical engineer and his high caste name, Sharma, in the 1980s. He changed his name to Satyarthi, which means “seeker of truth” And started working full time for the cause.

In 1980, he founded Bachpan Bachao Andolan, India’s largest movement for the protection of children, that works with law enforcement agencies and policy makers to strengthen the system. This movement alone has liberated over 87,000 children from exploitation. BBA currently employs more than 200 activists, social workers and lawyers. The organization has made huge strides with its lobbying, reducing India’s child worker estimate from 12 million to four. But this was the just the beginning.

After helping move the BBA toward international cooperation, it led to the formation of the South Asian Coalition on Child Servitude, which partnered with NGOs and unions in nearby Bangladesh, Nepal, Pakistan and Sri Lanka in 1989.

In 1994, Satyarthi launched GoodWeave (formerly RugMark), to help end illegal child labour in the rug making industry. The non-profit organization provides a certification program that allows companies that pass inspection to attach a logo certifying that their product is made without child labour.

Satyarthi started, and led, the Global March Against Child Labour, one of the largest social movements ever on behalf of exploited children in 1998. Over seven million people, including world leaders, expressed their support.

He continued his efforts over the years, forming the Global Campaign for Education in 1999, an international coalition of non-governmental organizations that promotes children’s education through research and advocacy.

In 2001, he became a founding member of the UNESCO High-Level Group on Education for All and, three years later, he started the Kailash Satyarthi Children’s Foundation to help achieve a child-friendly world through spreading awareness, policy advocacy and capacity building.

He was awarded the 2014 Nobel Peace Prize, jointly with Malala Yousafzai, for their struggle against the suppression of children and young people and for the right of all children to education. Kailash dedicated the prize sum to the advancement of the rights of children. In 2016, he founded Laureates and Leaders for Children, an initiative to build a sense of urgency, and to support the rights and safety of the world’s children and young people.

In 2018, the documentary The Price of Free was released about Satyarthi. The film, formerly known as Kailash, premiered at the Sundance Film Festival and won the Sundance Grand Jury Prize.


Everyone must acknowledge and see that child slavery still exists in the world in its ugliest face and form. And this is crime against humanity, this is intolerable, this is unacceptable. And this must go.

Satyarthi has received several awards, including the Trumpeter Award in 1995, the Freedom Award in 2006, the Defenders of Democracy Award, in 2009, Harvard University’s Humanitarian of the Year in 2015, and, this year, the Mother Teresa Memorial Award for Social Justice and the Wockhardt Foundation Lifetime Achievement Award. He’s also recognized in the list of Heroes Acting to End Modern Day Slavery by the U.S. State Department. With the internet being increasingly used for child pornography and trafficking, Satyarthi is pitching for action led by the UN Security Council.

He is also currently working in close cooperation with more than two dozen noble laureates to create a new legally binding UN convention to prohibit any form of digital abuse of children. He also plans to raise with the government, the demand for extending the Right to Education Act up to class 12 to ensure every child completes school.