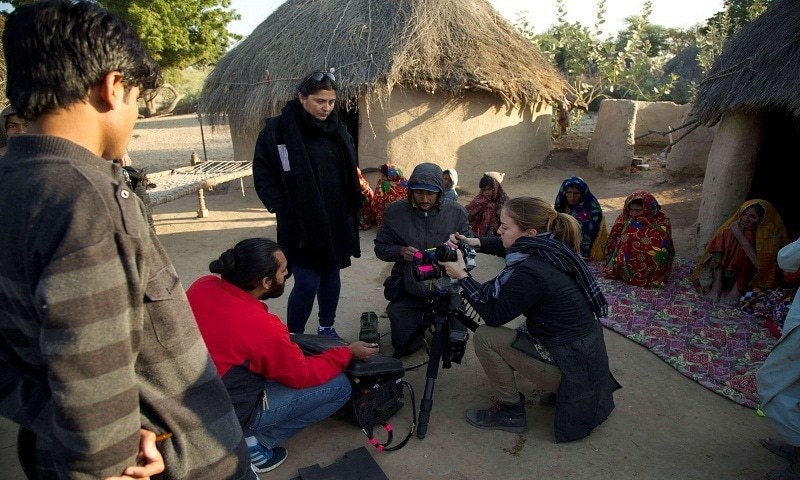 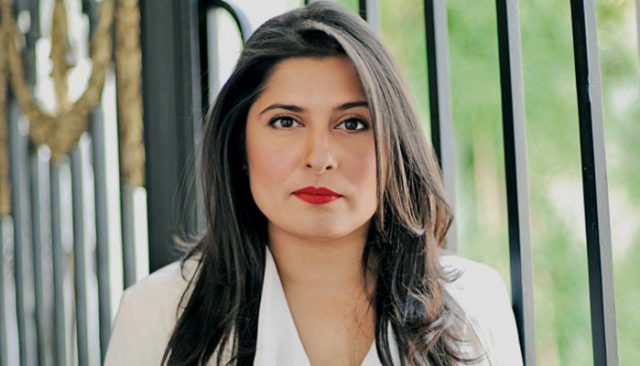 Why we felt she needed to be included in this list: Sharmeen Obaid Chinoy is a double Oscar winner who, with her production company SOC Films, tackles socially relevant issues. In order to showcase the power of cinema SOC Films also has a travelling mobile cinema which reaches and teaches children from rural villages across Pakistan about social justice, storytelling and how films can make a positive impact in society.

Sharmeen Obaid Chinoy is a double Oscar-winning filmmaker, journalist and activist who made it her life’s work to highlight gender inequality through her films and documentaries. Her documentaries are powerful and have been instrumental in bringing a change in society.

The eldest of six children (five girls and a boy) Obaid Chinoy grew up in Karachi, Pakistan. From a young age, overhearing extended family talk about girls dropping their studies and being married off, she began to get upset about the place of women in society. She realized that certain situations for women are accepted because that’s just the way they are and it made her question what her rights were and what she’d be ‘allowed’ to do. The word ‘allowed’ troubled her and she just wanted it to be taken for granted that she would be studying or going to work.

When she was 14, she was encouraged to channel her outrage into writing for local newspapers. She wrote opinion pieces about the rights of girls to go to school and of citizens to vote and later went on to write investigative pieces for the newspaper Dawn.

By bringing the voices of the ordinary people faced with extraordinary challenges to television screens around the world, I hope to affect change in one community at a time.

She ended up at Greenwich University in Karachi and two years later convinced her father to send her to Smith College, where she majored in economics and government. After graduating, she had planned to work for the United Nations, but after the 9/11 attacks, everyone was interested in Pakistan, and she saw the opportunity to bring stories from the East to the West.

On a trip to Karachi in 2001, during the U.S. invasion of Afghanistan, Obaid Chinoy noticed Afghan refugee children living on the streets. She later conducted interviews for a documentary film. She sent the film to over 80 outlets, none of whom responded positively. In 2002, she pitched the president of the television production company at the Times, William Abrams, who responded immediately.

With funding from the Times and Smith College, she returned to Karachi to film, Terror’s Children, which follows Afghan refugee children in Karachi, and won an Overseas Press Club award.

Between 2002 and 2009, Obaid-Chinoy made a series of films on moving and heartbreaking subjects, including the rape and murder of Aboriginal women in Canada, the lack of freedom of Saudi Arabian women and illegal abortion in the Philippines.

She move to Toronto Canada in 2004 and became a Canadian citizen. In 2012, she released the documentary short Saving Face, for which Obaid Chinoy and Daniel Junge, her co-director, won an Oscar. The film follows Mohammed Jawad, a plastic surgeon who treats women who have been disfigured by acid attacks. Not long after the film was released, a local government ensured that survivors of acid violence would get justice through special courts, encouraging more women to fight their cases.

Her next documentary, A Girl in the River, released in 2015, was about honour killings in Pakistan. The film showed the investigation of the case of a young Punjabi woman whose father shot her in the head and then, along with her uncle, dumped her in a river, all because she had eloped with a man they didn’t approve of.

The film was screened at packed theatres at the United Nations headquarters and the Asia Society in New York, which were followed by discussions about women’s rights in Pakistan. The film earned her a second Academy Award for Best Documentary Short in 2016. The film is said to have prompted Prime Minister Nawaz Sharif to change the law on honour killings in the country.

But the day after the legislation passed, a woman was killed in the name of honour, and this continued. She realized she had to take the film to small towns and villages.

So in 2016, Obaid-Chinoy, through her production company SOC Films, started a mobile cinema truck that travels to remote villages where honour killings are most prevalent. They host screenings of the film and discuss the changes in the law and how women can advocate for themselves.

They sometimes face opposition from the men in the community and one village shut the screening down because they didn’t want to women to know their rights.

They’ve not only screened A Girl in the River, but also films discussing things like income inequality, the environment and religious tolerance. Separate films were shown to women and men, setting an example of how men and women can lead and step into empowering roles. Obaid Chinoy was recently contacted by organizers in Bangladesh and Syria who would like to bring the mobile cinema there, and they’ve begun working on that.

I believe in the power of storytelling, and eliciting compassion and empathy by connecting audiences with people who have the courage to tell their stories. I traveled around the world shining a light on marginalized communities, refugees, women whose resilience in the face of adversity has inspired me to amplify their story.

Earlier this year, Obaid Chinoy’s released her latest documentary Freedom Fighters, which follows three female freedom fighters battling for equal rights in one of the world’s most dangerous countries for women. The film brings forward former child bride Tabassum Adnan, police officer Saima Sharif and labor activist Syeda Ghulam Fatima, who are all putting their lives at risk by speaking out against inequalities and pushing for equal rights in Pakistan.

Also, Netflix is releasing Obaid Chinoy’s new animated short film, Sitara: Let Girls Dream, a heartfelt story of a 14-year-old girl named Pari who dreams of being a pilot while growing up in a society that doesn’t allow her to dream.

Obaid Chinoy is the only Pakistani to have won two Academy Awards. She is also the recipient of six Emmy Awards and was honoured by the Government of Pakistan with the Hilal-i-Imtiaz, the second highest civilian honour.