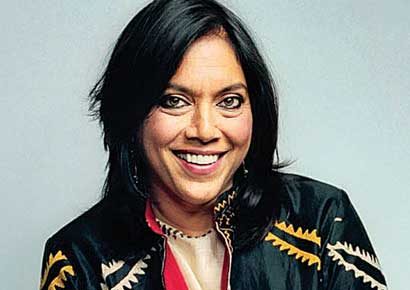 Mira Nair is the cinematic genius behind many films. Her unique and precise approach to filmmaking has made her movies, from Salaam Bombay! to the Queen of Katwe, gain worldwide recognition and acclaim.

Born in Odisha, India, Nair studied at the University of Delhi and eventually headed overseas to study at Harvard University. During her time at Harvard, the theatre bug bit and she dabbled in stage acting and won the Boylston Prize for Elocution. Looking to take performance further, Nair turned to direction and got her start by making thought-provoking documentaries about culture and society.

Her debut film, Salaam Bombay!, was released in 1988 and was an immediate success, loved by audiences and critics alike. It earned numerous awards and nominations, including an Academy Award nod for Best Foreign Language Film and won two prizes at the Cannes Film Festival for Best First Film and Most Popular Entry. Her follow up film, Mississippi Masala (1991), a love story starring Denzel Washington, earned Nair a few more awards including Best Screenplay and Audience Choice Award as well as The Golden Lion Award at the Venice Film Festival. The films that followed starred big name actors and actresses and focused on life-changing topics like The Perez Family (1995), which looked at the life of an exiled family, or her televised film My Own Country (1998), based on the memoir by Dr. Abraham Verghese, detailing the life of a young immigrant doctor in America during the AIDS epidemic.

Never treat anything you do as a stepping stone. Do it fully, and follow it completely.

In 1999, Nair returned to documentaries and directed the award-winning The Laughing Club of India, which was followed by a few whirlwind years for her. In 2000, she spent 30 days filming the beloved Monsoon Wedding, which went on to grab several award nods and wins, including a Golden Globe nod for Best Foreign Language Film. From there, she directed the critically-acclaimed HBO film Hysterical Blindness (2002) and then post September 11, 2001, she teamed up with 10 other filmmakers for a heart-wrenching project to depict life after the tragedy. Nair’s short film, 11.09.01, is based on the true story of a mother whose son didn’t come home after the planes crashed. Since then, Nair has had a steady stream of hit films including Vanity Fair (2004), starring Reese Witherspoon; The Namesake (2006), starring Irrfan Khan and Kal Penn and based on the novel by Jhumpa Lahiri; Amelia (2009); The Reluctant Fundamentalist (2012); and Queen of Katwe (2016), starring Lupita Nyong’o.

On the heels of the success of Salaam Bombay!, in 1989, Nair opened her own production company, Mirabai Films, which has been the production house behind many of her films. In 2005, the studio started a unique initiative called Maisha, a working incubator for budding filmmakers from East Africa and India. Whether it’s supporting new talent or directing, Nair continues to inspire movie lovers around the world. Currently she’s working on a televised adaption of Rohinton Mistry’s iconic book, A Suitable Boy, which is currently in pre-production.