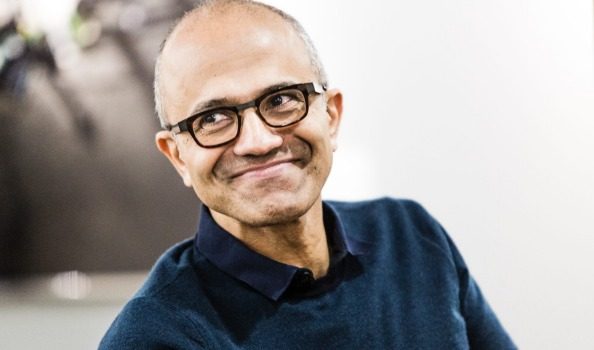 It is without doubt that Satya Nadella has been pivotal to refreshing and revitalizing Microsoft, which was fading fast in 2014 when he took over as CEO. Hailing from Hyderabad, India, Nadella completed his bachelor’s degree in electrical engineering at the Manipal Institute of Technology. Nadella wanted to further his education and be able to ultimately help people through tech, and so he relocated to the United States to complete his master’s degree in computer science at the University of Wisconsin-Milwaukee.

Nadella was hand-picked for the CEO role by founder Bill Gates and former CEO Steve Ballmer because of his history and experience with Microsoft since his humble beginnings as a program manager with the company in 1992. While working at Microsoft, he completed his MBA at the University of Chicago’s Booth School of Business on the weekends, travelling to Chicago from Washington.

In 2001, Nadella was named vice president of Microsoft Business Solutions, where he excelled at creating innovative business administrative programs. Six years later, he was approached by Jeff Bezos, the CEO of Amazon, who was looking to steal away Microsoft’s best kept secret. Ballmer intervened with an offer for Nadella to lead the charge on Microsoft Bing, taking Microsoft Office Suite on the web and launching Xbox Live.

Be passionate and bold. Always keep learning. You stop doing useful things if you don’t learn.

In 2011, Nadella stepped up again and owned his role as executive vice president of Microsoft’s Cloud and Enterprise group. The division was bringing in a profit of $16.6 billion US when he took over and by 2013 Nadella’s efforts brought this number up to $20.3 billion US.

When Nadella took over as CEO of Microsoft, the company was in rough shape: Windows 8 had not been well-received, Apple and Google phones were out-performing those by Windows, and Microsoft’s search engine was no match for Google.

Amid this turmoil, Nadella’s approach to being the CEO made all the difference because his efforts were from the heart and a true reflection of his tenured passion for the company and the industry itself. He recognized that the only way to reignite the fire in customers’ hearts for Microsoft was to get to know them and what they wanted in order to make goods and services that met their needs.

More than that though, Nadella doesn’t allow his role as CEO to let him become detached from being in touch with what consumers want. Nadella’s reign as CEO has grounded and refocused Microsoft by implementing a much-needed vision for the business. Lastly, Nadella believed that pressing refresh in 2014 was vital to allow for a breath of fresh air in order to reorganize and find perspective and direction.

We need to be willing to lean into uncertainty, to take risks, and to move quickly when we make mistakes, recognizing failure happens along the way to mastery.

Nadella’s benchmarks as CEO of Microsoft include the acquisition of GitHub, LinkedIn, Xamarin and Mojang. He’s also working with rivals to expand their capabilities and reach through various strategic alliances including combining Linux’s software to strengthen their cloud services, launching Microsoft Office suites for Apple, developing Microsoft apps for iPhones and Androids, Windows 10 and releasing Microsoft’s Surface Book.

Nadella’s leadership has clearly had an impact on Microsoft, both on the investor front and at the consumer level, with the power behind their brand returning dramatically. In fact, in comparison to when Nadella began as CEO in the first quarter of 2014 the value of their stock grew to three times what it had been and, in 2018, they are projected to earn approximately $109 billion US.

Nadella’s work is far from over though as he plans to continue to hit refresh on the company’s innovative streak by investing in research on artificial intelligence and strengthening their current hold on cloud services.