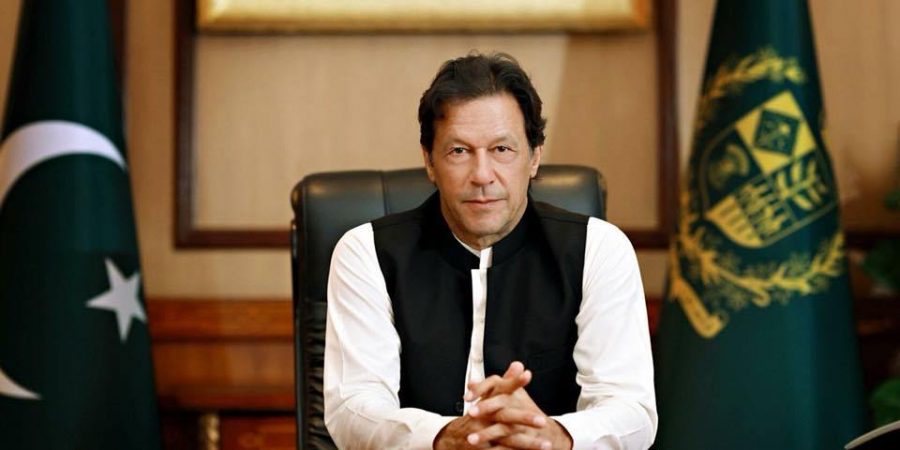 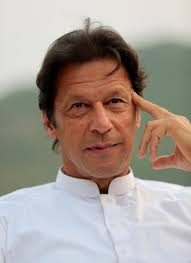 An iconic cricketer, the newly-elected prime minister of Pakistan, Imran Ahmad Khan Niazi, was already a household name long before entering politics. His journey to the highest office in the land is paved with philanthropic work and educational missions, and so it’s no surprise that he’s already changing the political space in Pakistan by recognizing climate change, declaring that the prime minister’s residence will be converted into a university and pairing down his approach to governing.

Born in Lahore, Pakistan, Khan graduated with honours from Keble College at University of Oxford, where he gained a background in philosophy, politics and economics. He rose to fame in the ’70s as a cricketer on Pakistan’s national team. He led Pakistan to victory at the 1992 Cricket World Cup, beating out England, and then retired as one of Pakistan’s most successful players.

Khan received numerous accolades as a cricketer, including the Hilal-I-Imtiaz, the second highest civilian award given by the government of Pakistan, for his contribution in winning the Cricket World Cup, and the President’s Award for Pride of Performance in 1983, also awarded by the government of Pakistan. Khan also received the Silver Jubilee during the Asian Cricket Council Awards and was inducted into the International Cricket Council Hall of Fame in 2009.

In the years after his cricket career, Khan became heavily engaged in philanthropic work and reaffirmed his devotion to his religion, both of which helped him shed the man-about-the-town reputation from his cricketing days.

In 1994, after years of fundraising, Khan opened a cancer hospital, Shaukat Khanum Memorial Cancer Hospital, in his native Lahore in memory of his mother who died of the disease in 1985. In 2008, Khan brought the Namal College (connected to the University of Bradford) to life, where 90 per cent of students receive subsidized education, allowing them to seek better opportunities after graduation. Khan was also the chancellor of the University of Bradford between 2005 and 2014.

Khan also works with UNICEF to raise awareness for immunization in South Asian countries like Bangladesh and Pakistan. And he founded the Imran Khan Foundation in 2010, to help ensure Pakistan’s poor have access to essential resources, to provide socio-economic aide to communities so they can work toward sustaining themselves in the future, and to provide support during crisis situations.

For his philanthropic work relating to cancer treatment, Khan was awarded an honorary fellowship from the Royal College of Physicians of Edinburgh in 2012 and the Humanitarian Award in 2007. Khan was presented the Lifetime Achievement Award in 2004 and the Jinnah award in 2011, for his other humanitarian efforts, including those in Pakistan.

Meanwhile, after retiring from cricket, Khan was vocal about his dissatisfaction with the Pakistani government surrounding unprofessional conduct and fraudulent activities that were rampant in the country at large. He decided to take action and entered the world of politics in 1996, founding his own centrist political party, Tehreek-e-Insaf (Justice Movement). Khan’s party secured a win in the 2018 election and he was sworn in as Prime Minister on August 18, 2018. The people of Pakistan are clearly ready for a transformation in Pakistan as #NayaPakistan (New Pakistan) began trending on Twitter to celebrate the leader’s win.

Since taking office earlier this year, Prime Minister Khan has pledged to tackle poverty, healthcare, corruption and hunger to ensure that basic needs can be met for all. Khan also wants to close the gap between the wealthy and the impoverished, and to do so, he plans to employ austerity measures in his governance style. In fact, he has auctioned 34 of 102 luxury cars, will limit staffing, and plans to sell off numerous other cars and even buffalo that belong to the government of Pakistan.

Never give up, no matter how hard life gets no matter how much pain you feel. Pain will eventually subside, nothing remains forever, so keep going and don’t give up.

He’s also serious about eradicating corruption in Pakistan and will administer the Interior Ministry himself to keep a watchful eye on government expenses and prevent money laundering and property owners bending politicians to their will. The Federal Cabinet of Pakistan has also approved Prime Minister Khan’s plan to transform the official government residence (typically lived in by sitting Prime Ministers) into an Institute for higher learning. In a similar manner, 13 other buildings across Pakistan that belong to the government, such as the State Guest House in Lahore and Karachi, will be converted.

Most recently, Khan has established the Clean and Green Pakistan campaign, in which he is setting bold goals to tackle pollution over the next five years and bring awareness about global warming.

Khan’s rise to the top of the political food chain will, no doubt, be monumental, and if his inaugural speech is any indication, he is already gearing up to leave behind quite the legacy with the proposal to change Pakistan’s destiny.