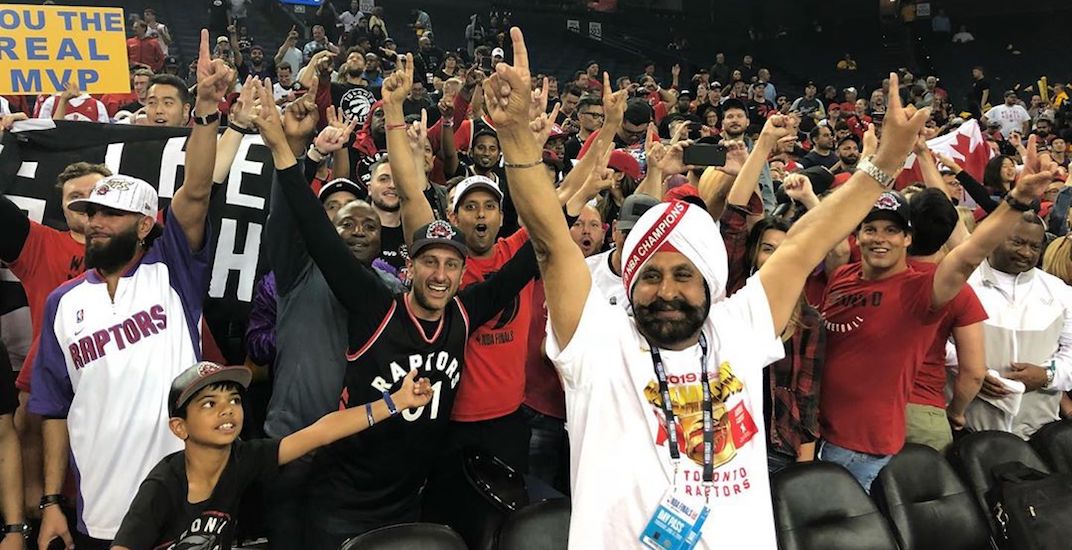 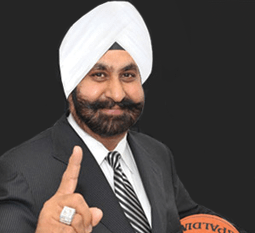 Why we felt he needed to be included in this list: From humble beginnings to being named the first South Asian NBA superfan for the Toronto Raptors, Nav Bhatia is a real-life example of starting from the bottom in Canada and working his way to the top. A charitable man, he has merged his passion for sports and helping others through his nonprofit organization and uses his platform to take a stand against racism, inspire inclusion and improve the lives of children all over the world.

A loving family man to his wife and daughter, a charitable leader with his own nonprofit organization, a successful businessman with two car dealerships and the first ever NBA superfan for the Toronto Raptors, Nav Bhatia is a true inspiration and role model. With 275,000 followers on Instagram, a TEDx Talk with over 190,000 views and various speaking engagements including a recent talk on resiliency and racism in 2019 at WE Day, Bhatia is a great example of a celebrity passionately using their platform to make the world a better place.


My purpose with basketball is not my own fame as a superfan, but what I can do with the fame and celebrity status that I have.

So how did Bhatia go from being a simple basketball fan to becoming the first South Asian NBA ambassador known as the Raptors superfan and becoming so influential?

With violent anti-Sikh riots in India, Bhatia made the difficult decision to leave his homeland in 1984 and move to Canada to help keep his family safe. A mechanical engineer by trade, he wasn’t able to remain in his field after his immigration. After being turned down for numerous jobs he eventually landed one in sales at a car dealership. In his TEDx Talk, Changing Perceptions – From Sikh to Superfan, he shares some of the prejudice and discrimination he faced trying to enter the workforce due to being South Asian and in particular, wearing a turban. Committed to showing the dealership they hired the right person Bhatia broke company records by selling 127 cars in three months and ended up buying the Hyundai dealership two years later.

Struggling to fit in, he appreciated basketball as an entertaining distraction as he worked hard to build a new life. Captivated by the first game he saw, he realized basketball was a way to assimilate to the Canadian culture with a hobby he enjoyed. A dedicated fan, Bhatia has been attending Toronto Raptor games since the team’s inception in 1995. By 1999, Bhatia’s presence and enthusiasm was officially acknowledged by the NBA and he was given the title “superfan.” With a perfect attendance record for home games, Bhatia has brought his cheerful attitude to over 925 games in Toronto and has travelled for away games too.

And he’s just not your average superfan. Follow his instagram and you’ll see candid photos of players (from all teams) coming up to him to engage in heart-to-heart chats during the warmups or after the final buzz. Encounters that exude a loving father-figure vibe.

Despite his bright smile and enthusiastic attitude, his experience attending the games isn’t always all positive and he recalls occasions where he endured racial slurs like “towel head.” Never one to back down from a challenge, Bhatia doesn’t let racism prevent him from sharing his love for basketball or change his upbeat demeanor. When faced with a racist tweet from a Milwaukee Buck’s basketball fan in May 2019 in the heat of the NBA conference finals, he remained calm and used the attack as an opportunity to bring people together, while thanking fans from all over the world who rallied around him in support. Shortly after the incident, he ended up meeting with the fan, forgiving him and befriending him stating that everyone makes mistakes further demonstrating his commitment to remain kind and turn negative events into opportunities to spread positivity.

Wanting others to experience the joy of basketball, Bhatia has purchased and donated thousands of tickets to children of all faiths and backgrounds with the hopes to inspire them to integrate from a young age and embrace diversity. In 2018, he founded the Nav Bhatia Superfan Foundation, a nonprofit that sells merchandise to raise funds to build basketball courts and camps for kids all around the world as a way to celebrate unity through sports.

Gender equality and girl empowerment are other important social issues Bhatia uses his platform to raise awareness for. Having adopted his daughter, Tia, from an orphanage in India in 1991, Bhatia describes the happiness she brings to him and his wife as indescribable. Wanting to give more girls equal opportunity and the chance to reach their potential, in 2016, he joined forces with World Vision as the ambassador for The Rise up Daughters of India, a project to help girls in India access necessities to help them finish school.

With a recent appearance in Ottawa, Canada earlier this November to mark National Philanthropy Day, Bhatia continues to use his superfan platform to be a pillar of leadership in South Asian, basketball and charitable communities. You can catch him rooting for his favourite team from courtside in the current NBA season. 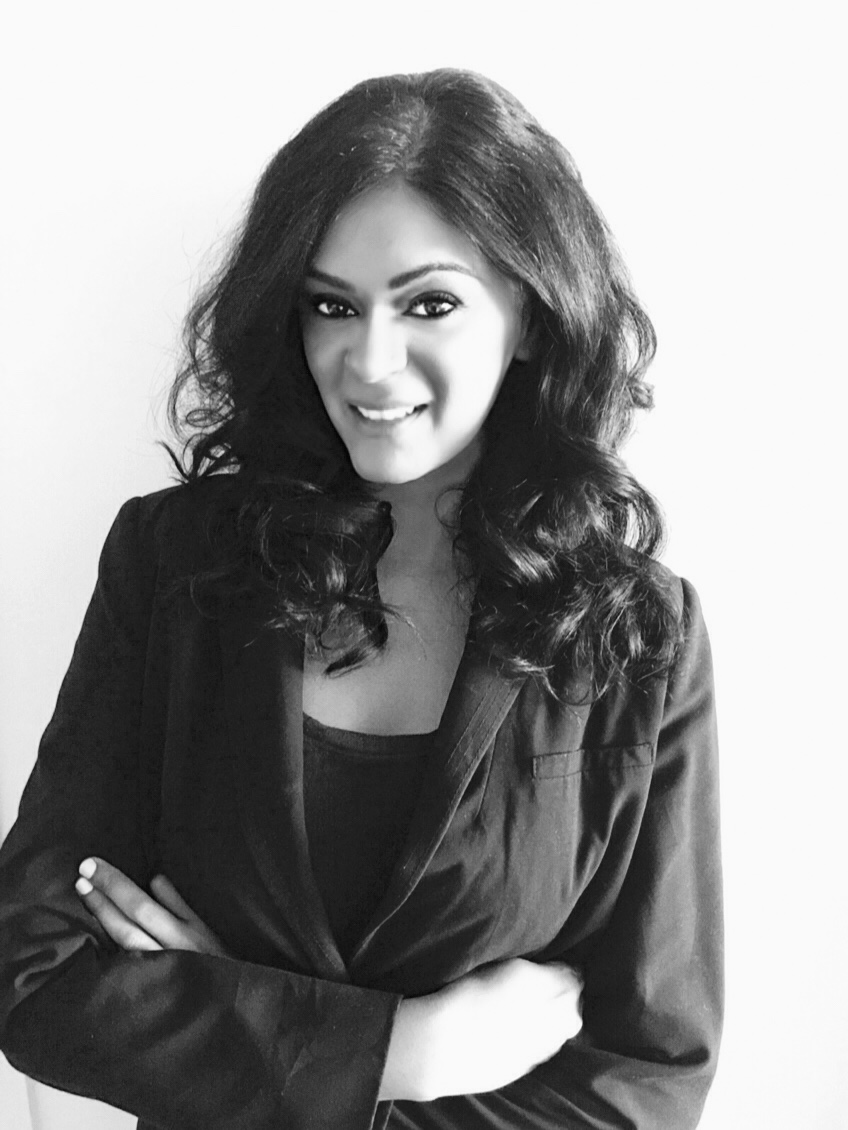 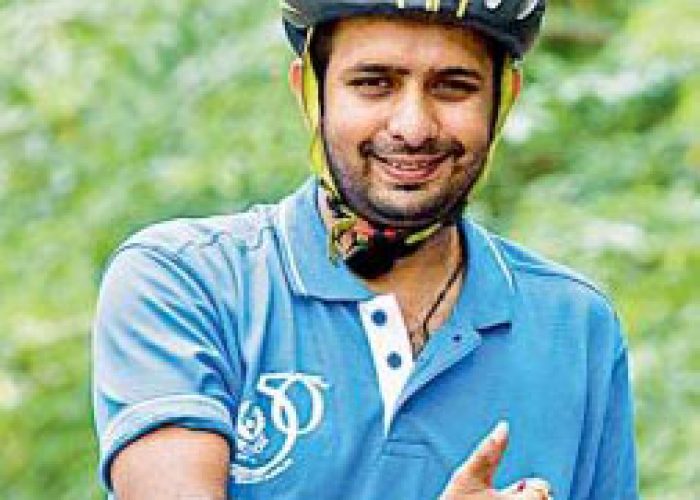