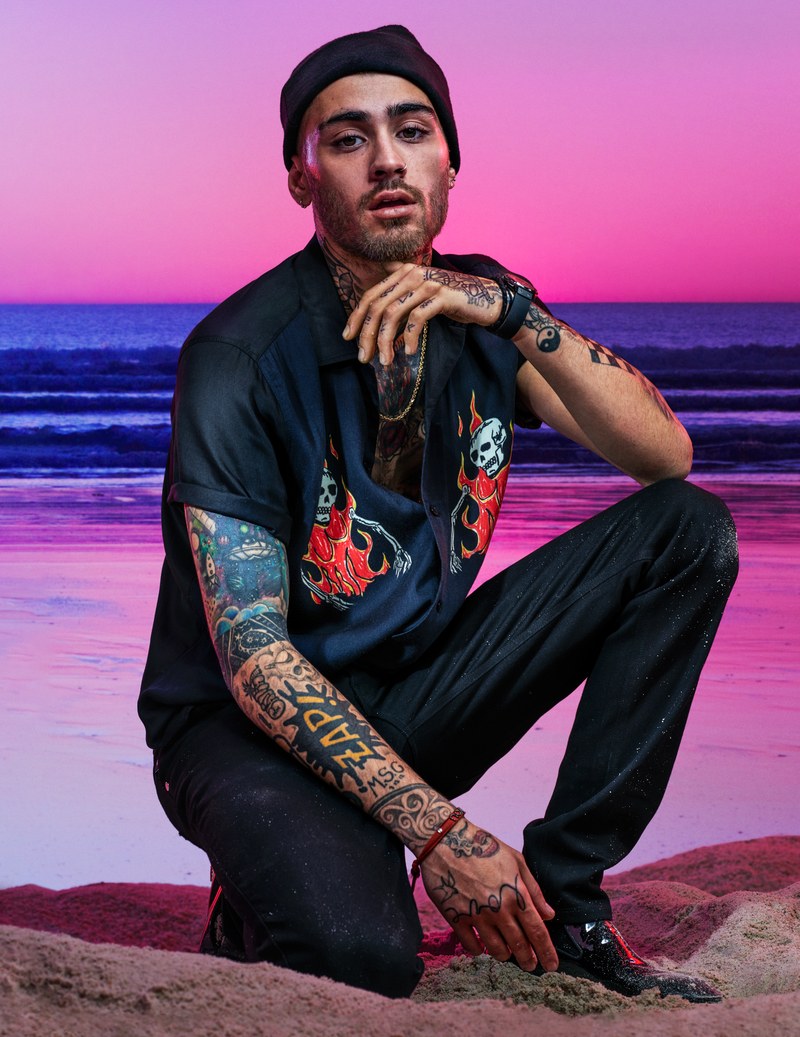 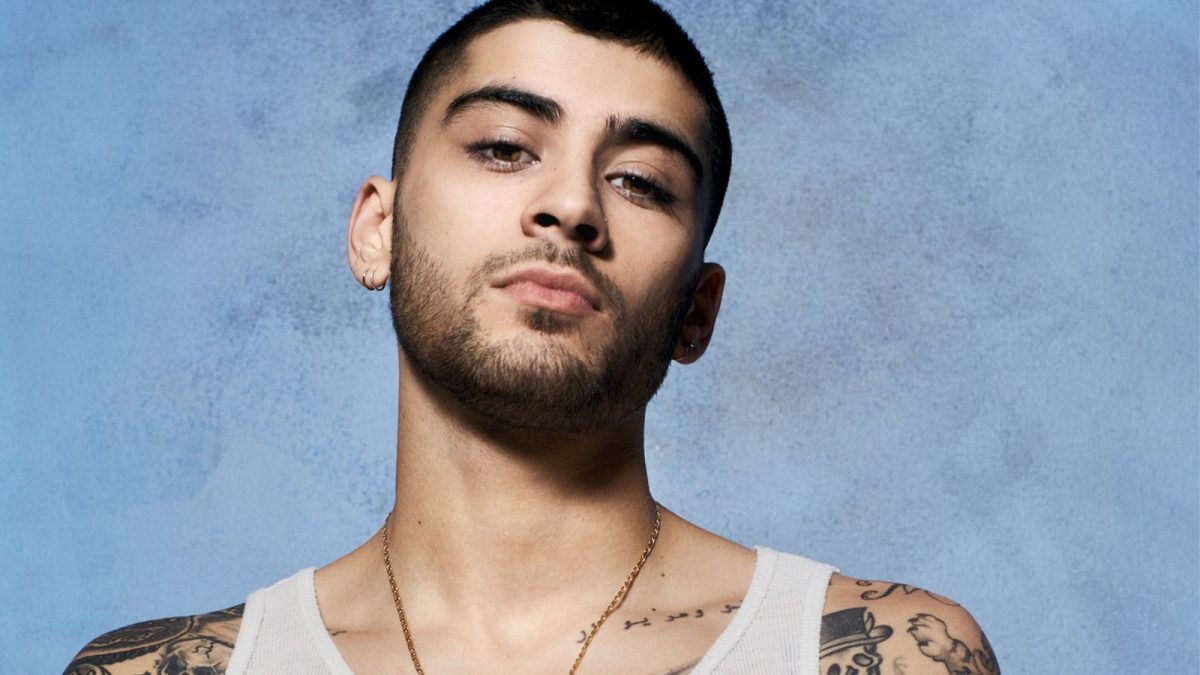 In 2010, Zayn Malik launched his singing career as a member of the successful boy band One Direction. Six years later he went solo with the successful launch of his debut album, Mind of Mine, placing him as one of the most high-profile British Muslims in showbiz, joining the ranks of artists like Riz Ahmed no less.

Born in West Yorkshire, U.K. to a Pakistani-British father and Irish-British mother, Malik and his three sisters were raised in a working class neighbourhood in Bradford. When he was around eight years old, he realized his passion for all things music and started taking part in school productions.

I believe that success follows authenticity. People see through fake shit. They don’t want to see that; they want a real person.

In 2010, the then 17-year-old, auditioned for the reality show X-Factor UK. He didn’t make it to the finals, however, Simon Cowell and the other judges grouped him together with four other contestants — Liam Payne, Louis Tomlinson, Harry Styles and Niall Horan, giving birth to One Direction. They finished third on the show but won over hearts around the world and became one of the most popular boy bands of the era.

Cowell’s label, Syco Music, signed the band and they released their first album, Up All Night, which topped the U.S. Billboard 200. Their hit single “What Makes You Beautiful” was a number one hit in several countries and earned a number one spot on the U.K. Singles Chart. The band went on tour with sold out concerts, performing hits that included “Live While We’re Young.” The single was a super success in America, becoming the fastest selling release by a U.K. group.  When the music video for the single was dropped, it got the highest number of views on Vevo in 24 hours, breaking Justin Bieber’s previous record for “Boyfriend.” They became the only band whose first four albums debuted at number one on the U.S. Billboard 200.

In 2014, the band released their autobiography, One Direction: Who We Are: Our Official Autobiography, offering an insight into their lives and journey thus far.

In early 2015, Malik decided to quit the band, and a few months later, signed a solo record deal with RCA Records. In 2016, he released his first solo album, Mind of Mine, and his first single from the album “Pillowtalk,” which featured his girlfriend, supermodel Gigi Hadid, in the video (her appearance in the video confirmed their much-rumoured relationship). The single debuted at number one on the U.S. Billboard Hot 100, making Malik the first British male artist to debut at the top of the charts. It was clear the singer found his voice after leaving the band.

In April 2016, he was featured in an 11-page Vogue spread along with Hadid. And, more recently, they appeared together on the cover of the August 2017 issue of the magazine. Malik is often seen attending fashion shows in New York and Paris — thanks to his love for fashion. He was even included in the Business of Fashion’s 2016 BoF500 Index, which profiles the most influential people in fashion.

In 2016, the pop star published his self-titled autobiography which became a New York Times best seller and won the New Artist of the Year Award the same year at the American Music Awards, and then in 2017 at the Billboard Music Awards.

In 2017, Malik starred alongside Adwoa Aboah in a fashion campaign for Versus, Versace’s sister brand often associated with music. The photographs were shot by Hadid and is one of his most notable campaigns to date. Later that year, Malik worked with artistic director Donatella Versace, to create his own collection of clothing for women and men, titled Zayn x Versus. The collection boasted a palette that Malik often sports — black, burgundy, khaki green and a dash of red. That same year, he also worked with Italian fashion designer Giuseppe Zanotti, to release a shoe line, and he co-hosted the Council of Fashion Designers of America/Vogue Fashion Fund’s “Americans in Paris” annual cocktail party during Paris Fashion Week.

I take a great sense of pride — and responsibility — in knowing that I am the first of my kind, from my background. I’m not currently practicing but I was raised in the Islamic faith, so it will always be with me, and I identify a lot with the culture. But I’m just me. I don’t want to be defined by my religion or my cultural background.

Malik is also one of the select few in showbiz keeping it real when it comes to mental health issues. In 2016, he revealed he was battling with anxiety and has, since then, been more open about talking about his struggles — the reason he stopped touring. He prefers to be forthcoming with his fans and as such, is helping break down the stigma surrounding anxiety and mental health. He even wrote an essay for Time magazine detailing his battle and the massive support he has received.

The 25-year-old is currently working on his second solo album, from which he released a track titled “Too Much” featuring Timbaland. He has revealed that the record will be released in the next few months.