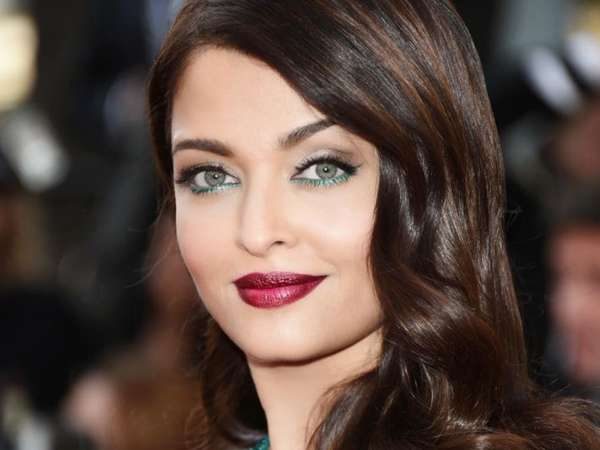 Considered by many as the most beautiful woman in the world, Aishwarya Rai Bachchan has solidified herself as a superstar in both the film and beauty industries.

The former 1994 Miss World, Bachchan quickly became Bollywood royalty through a curated collection of roles that appealed to wide audiences, where her acute beauty and dancing skills helped her carve out a unique niche that crossed over continents. Starring in Hindi, Tamil and Bengali films, Bachchan has received a long list of accolades that include Filmfare Awards, International Indian Film Academy Awards, Star Screen Awards and Zee Cine Awards.

What makes me unstoppable? Maybe the fact that I don’t ask myself that question. I just keep going. The way AB (Abhishek Bachchan) and I work around our schedules to make time for the important stuff may sound intimidating to someone with a routine pace of life, but I consider ourselves blessed to have the capacity to give to each day what it asks of us.

In 2003, Bachchan became an influential part of the international film industry by becoming an appointed member of the jury for the Cannes Film Festival. The first Indian actress to receive the title, she sat on the panel alongside actress Meg Ryan and director Steven Soderbergh, among other filmmakers from around the world. Since then, Bachchan has been at Cannes regularly walking the red carpet dressed in everything from Elie Saab and Oscar de la Renta to Sabyasachi and Neeta Lulla.

Also in 2003, Bachchan became a global ambassador for the iconic beauty brand L’Oréal Paris, regularly appearing in international print and television campaigns around the world. During her tenure with the beauty company, Bachchan has participated in their Stars Collection, creating the Aishwarya Rai lipstick shade “Pure Brick” and the eyeliner pencil “Kajal Magique.” Both products paid homage to her Indian heritage, with a warm-toned red lipstick that is perfect for medium skin tones, and khol liner that can be smudged under the waterline.

Bachchan is one of a very few elite group of Bollywood stars who have been featured on Oprah. Her first appearance was on The Oprah Winfrey Show in 2005, where she celebrated being the top box-office selling film star in the world at that time, and dispelled misconceptions about Indian women. She appeared on the show again in 2009 alongside her husband Abhishek Bachchan, where the couple made their very first television appearance together.

Over the years, Bachchan has become one of the first Bollywood actresses to successfully foray into English-language cinema, duly becoming one of India’s most successful crossover actresses to boot. Her international titles include Bride and Prejudice (2004), The Mistress of Spices (2005), Provoked: A True Story (2006), The Last Legion (2007) and Pink Panther 2 (2009).

In 2009, Bachchan also became immortalized as an Indian Barbie. Called the “Bollywood Barbie,” the doll was based on Bachchan’s looks from the films Jodha Akbar and Devdas, portraying a traditional Indian look, with a matha patti, (traditional forehead jewelry) a nose ring and a saree. The limited-edition Barbie sold out in minutes.

In 2011, with the birth of her daughter, Aaradhya, Bachchan forayed into motherhood. While she was busy adjusting to being a new mom, media and public opinion shamed the actress for her curvy post-pregnancy body ultimately inspiring Bachchan to become a voice for the body positivity movement in India. In interviews, she’s been candid about her experience dealing with the negative attention, noting that she had to find the conviction to not live by others’ rules when it came to body image and advises others do the same.

Since the beginning, through media interviews, the audience has got to know about my real personality, my beliefs, my choices. I didn’t get judged on the basis of my looks. I do believe, however, that I could have got bracketed or slotted had my audience not known how I am off screen. Also, look at the choices I made in my career. I worked with people like Mani Ratnam, Sanjay Leela Bhansali, Aditya Chopra… So, that helped too. You think these people would work with me because of my looks? I am sure they are intelligent enough to not risk their films with my face. They must have seen something in me.

Twenty years after receiving the Miss World title, Bachchan was recognized by the international pageant in 2014 for her extensive charity work. Through the Aishwarya Rai Foundation, Bachchan has supported various charities, including Smile Train, PETA India and the Eye Bank Association of India.

Earlier this year, Bachchan received the Meryl Streep Award for Excellence at the inaugural Women In Film and Television India Awards, for showing a “distinction in her craft and for expanding the role of women within the entertainment industry.” Over the years, Bachchan has certainly done that — her film career speaks for itself, and along the way, she’s become a champion for Indian women and for women in the film industry. As one of the very few Indian women to have garnered a consistent worldwide presence for almost two decades, this icon is far from over, having just recently returned to the public eye after a hiatus to raise her daughter. Bring on part deux!