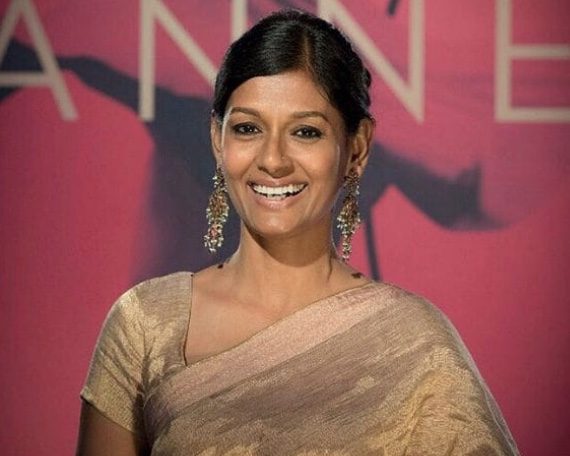 Why we felt she needed to be included in this list: Among the many causes she supports, one that is closest to her heart is the anti-colourism social awareness campaign Dark Is Beautiful, which calls out Indian society’s obsession with light skin and the colour discrimination against women and men.

For Nandita Das, filmmaking has always been a means to an end. The actor, filmmaker and activist, has been making waves in the film industry since she started in 1989, with films strongly reflecting her off-screen activism.

Das was among the first to portray a lesbian relationship in mainstream Indian cinema in Deepa Mehta’s Fire (1996), her first major film role. She has directed and acted in over 40 films in 10 languages, many of her films showcasing the political tensions in India. She has also been on the Cannes Film Festival jury twice.

A strong advocate for women and children, Das campaigns against violence against women, for children’s rights and HIV/AIDS awareness. Her latest directorial venture, Manto, was screened at the 2018 Toronto International Film Festival and at Cannes the same year.

Among the many causes she supports, the one closest to her heart is the anti-colourism social awareness campaign Dark Is Beautiful, which calls out Indian society’s obsession with light skin and the colour discrimination against women and men.


If you want me for a role and want me to change my skin tone, then sorry, wrong casting! We can’t blame history or marketing forces … It is about the mindset of a society. The enemy is not the star or the brand that advocates the product, but in our own heads.

The campaign was launched in 2009 by Women of Worth, a nonprofit organization based in India, as an awareness and advocacy campaign to fight colourism. Das joined the campaign in 2013 and the campaign recently celebrated its 10-year anniversary.

To mark the occasion, Das released “India’s Got Colour.” The two-and-a-half-minute video showcases the stereotypes that women with dark skin have to deal with at home and in the workplace. The dark video highlights society’s mentality and fixation with fairness and the unfair attitudes towards darker skin tones. It was made in collaboration with filmmaker Mahesh Mathai, composer Ankur Tewari and Sangita Jindal, chairperson of the JSW Foundation. The song was made with young Mumbai rappers Amogh Baine, Joshua (known as MC Josh) and Huma Sayyed, from Dharavi, and some actors who participated included Ali Fazal, Gul Panag, Sayani Gupta, Shashank Arora, Patralekha Paul, Radhika Apte, Shweta Tripathi, Tillotama Shome, Suchitra Pillai, Vikrant Massey, Tannishtha Chatterjee, Swara Bhaskar and Ratna Pathak Shah.

The campaign and the video seek to call out colour discrimination in society and highlight the impact it has on people’s self-worth, be it young or old. Das speaks from her own experience in the film industry which is obsessed with fair skin and she doesn’t blame the celebrities endorsing the fairness skincare brand or the brands themselves, but society.


I have been supporting the Dark Is Beautiful Campaign since 2013 and while we must combat the various forms of discrimination based on caste, religion, gender and sexual preference, the least we can do is to end the bias bases on skin colour. I felt it was time to reinvent the campaign and create a PSA that would be catchy and youth-friendly. It is our young minds who will change the public discourse around this issue and can make a tangible difference. The PSA intends to change the narrative to a more holistic celebration of the diversity. After all, we are more than 1.3 billion people and have that many shades of skin tones.

In the 10 years since its launch, the Dark Is Beautiful campaign has gained international recognition and garnered support from volunteers from all walks of life, all parts of the country and even activists from around the world, including Malaysia, Australia, Canada and Sri Lanka, are helping fight this form of discrimination.

In 2014, campaigners succeeded in making a change to the advertising guidelines in India. The Advertising Standards Council of India, a self-regulatory volunteer group, revised its ethical guidelines against any skin-lightening ads that reinforce negative social stereotyping on the basis of skin colour or communicate any discrimination. Since then, several models and celebrities have refused to endorse fairness creams.

Kavitha Emmanuel, the campaign’s founder, has been invited to speak about her campaign in numerous countries. To respond to the rising demand for help fighting colour discrimination, organizers are now preparing age-specific media literacy modules that anyone can download from their site.

In August 2018, Power Brands awarded Nandita Das the Bharatiya Manavata Vikas Puraskar for being a polymath with purpose, advocating issues of communal harmony, peace and social justice, especially for women, children and the marginalized others through various platforms.