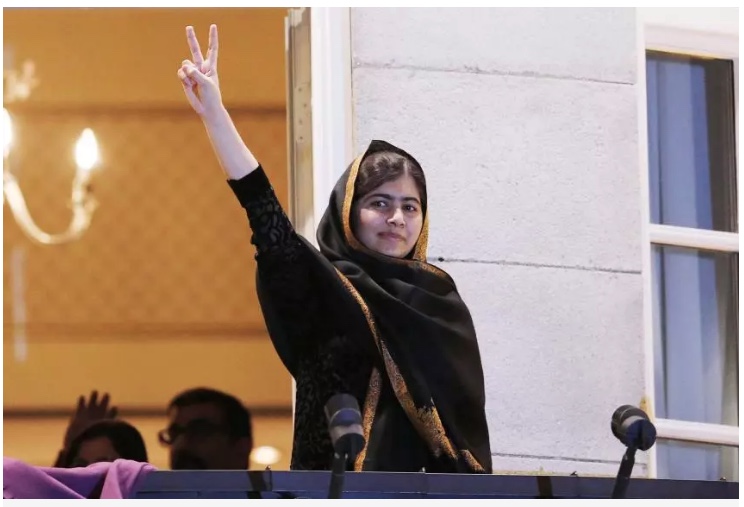 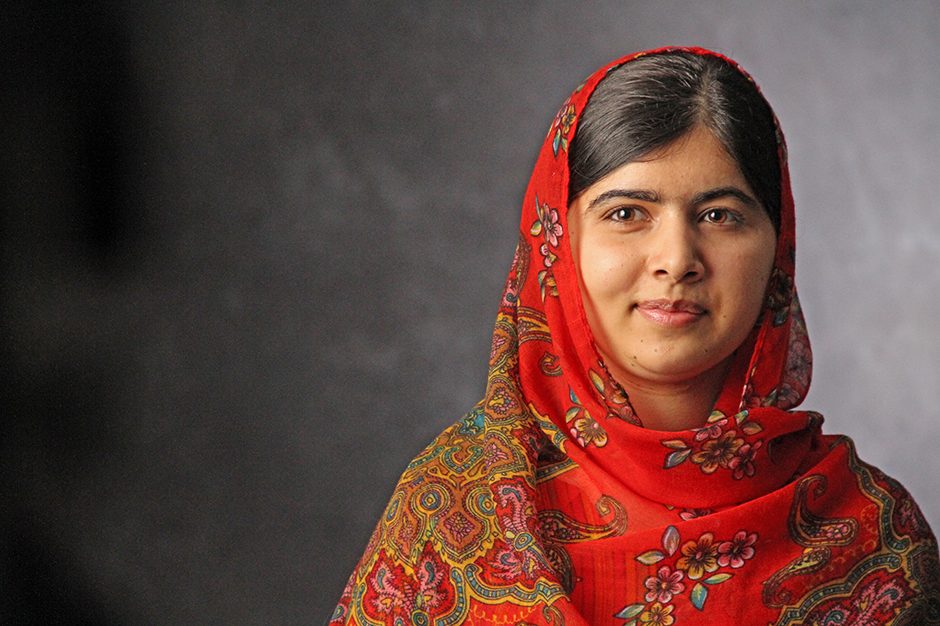 Malala Yousafzai started advocating for girls’ education when she herself was still a child and gained global attention when she was shot in the head by the Taliban for doing so. The youngest-ever Nobel Prize laureate is currently studying at Oxford University and her fight is stronger than ever.

Yousafzai was born in Mingora, Pakistan to a Pashtun family that ran a chain of schools. Inspired by Ali Jinnah, Benazir Bhutto and her father (a poet, school owner and an educational activist), in 2009, when she was 11, she began a blog for the BBC Urdu under a pen name, detailing her life during the Taliban occupation of Swat. The New York Times made a documentary, Class Dismissed: Malala’s Story, about her life as the Pakistani military intervened in the region. She rose in prominence, giving print and television interviews and was even nominated for the International Children’s Peace Prize by Desmond Tutu.


I told myself, Malala, you have already faced death. This is your second life. Don’t be afraid — if you are afraid, you can’t move forward.

Malala Yousafzai/ I am Malala: The Story of the Girl Who Stood Up for Education and Was Shot by the Taliban

On October 9, 2012, Yousafzai, then 14, was boarding a school bus when a gunman appeared, asked for her by name, and shot her in the head for going to school and for speaking up for the right of girls to be educated. The Pakistani Taliban claimed responsibility for the attack and the attempt on her life sparked an international outpouring of support, sympathy and anger. Her journey to recovery didn’t slow her down but served as her platform to becoming a prominent activist for the right to education.

She returned to school, attending Edgbaston High School for Girls in Birmingham, England and, in 2013, Yousafzai co-authored I am Malala: The Story of the Girl Who Stood Up for Education and Was Shot by the Taliban, an international best seller. That same year, Yousafzai and her father, Ziauddin, founded the Malala Fund to fight for girls’ education. In the five years the fund has been active, it has helped to build schools, start learning programs, and provide scholarships.

The fund fights for gender equality in education for both female students and teachers in Afghanistan; it’s reaching the most marginalized young women to educate them on their rights in Brazil; helping girls in Nigeria under the threat of Boko Haram through policy development and campaigning for safe, quality and free education; and fighting against child marriage through access to education for girls in Syria.

Her work in social justice and education for girls is helping to reshape views and strengthen messages of equality around the world, and her work hasn’t gone unnoticed. In 2011, Yousafzai was awarded Pakistan’s first National Peace Award for Youth and in her honour the award was also named after her. In 2013, she addressed the United Nations in New York; she was listed as one of Time‘s 100 Most Influential People of the Year; and she was awarded the International Children’s Peace Prize, the United Nations Human Rights Prize, and the Sakharov Prize. She’s also received the Anne Frank Award for moral courage, the Mother Teresa Award for social justice, the Simone de Beauvoir Prize and the Clinton Global Citizen Award, to name a few.

Education is neither eastern nor western. Education is education and it’s the right of every human being.

Malala Yousafzai/I am Malala: The Story of the Girl Who Stood Up for Education and Was Shot by the Taliban

She was named one of Time‘s 25 Most Influential Teens and the audio version of I am Malala won a Grammy for Best Children’s Album. She has received honorary masters and doctorate degrees, and she was awarded an honorary Canadian citizenship and became the youngest person to address the House of Commons of Canada.

Most notably, she was the co-recipient of the 2014 Nobel Peace Prize, along with Kailash Satyarthi. Seventeen at the time, this made her the youngest-ever Nobel Prize laureate. In 2017, she became the youngest United Nations Messenger of Peace for her relentless fight for access to education for girls.

Yousafzai is currently studying Philosophy, Politics and Economics at Oxford University, while continuing to make social impacts that are felt around the world.